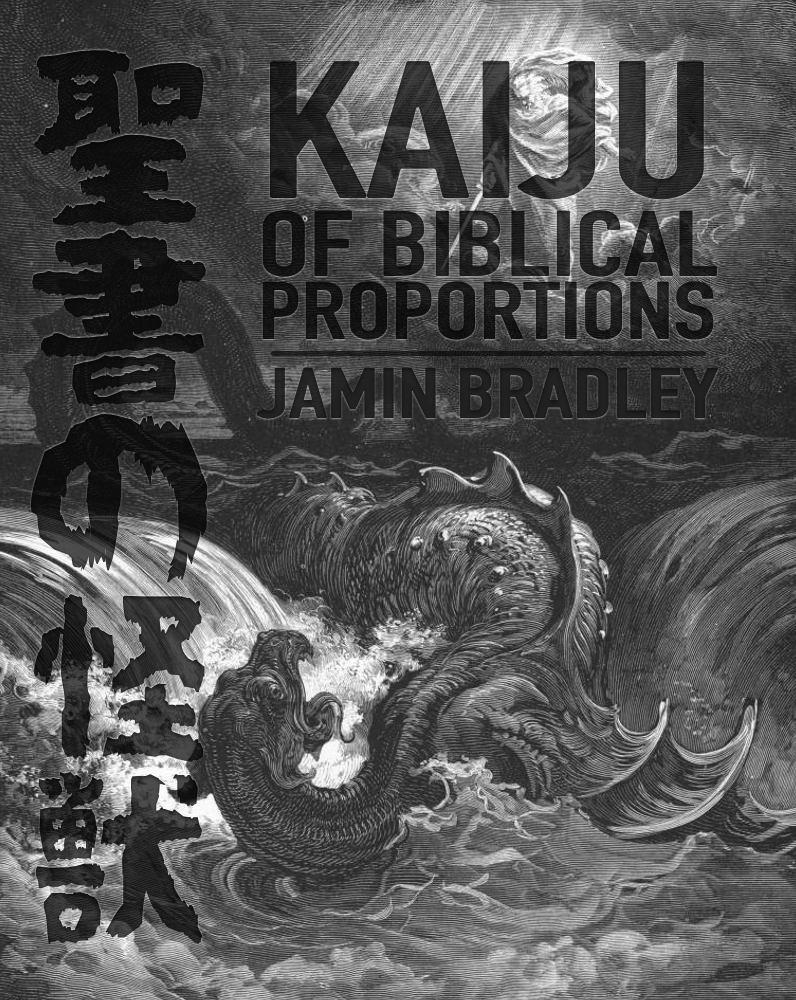 The picture above is not an official cover or anything—just something I mocked up today for a new book I’m working on called: Kaiju of Biblical Proportions.

Kaiju, of course, are the giant creatures in Japanese monster movies. It was partially the artistic ideas that I could borrow from that movie-genre that made it impossible to say no to this project. It just sounded like too much fun. While I’ve been working on two other projects from time to time, I’ve been unsure as to if they would go the distance. This one, however, has me excited to do some studying and write a short work on it. My brother Joel and my friends Alec and Matt are helping me out with the artistic Japanese that will take place throughout the book.

My last experimental work was, Alien Theology: The God of Two Trillion Galaxies, and was a lot of fun to write. There are a lot of topics in the Christian world that are already covered extensively, so I get excited to jump into topics that are a bit less prevalent—well, that and I get excited to do deep Scriptural research on topics that crazy people have hijacked with ungrounded thinking, even though many would think I’m crazy myself!